I Have Good Work to Do 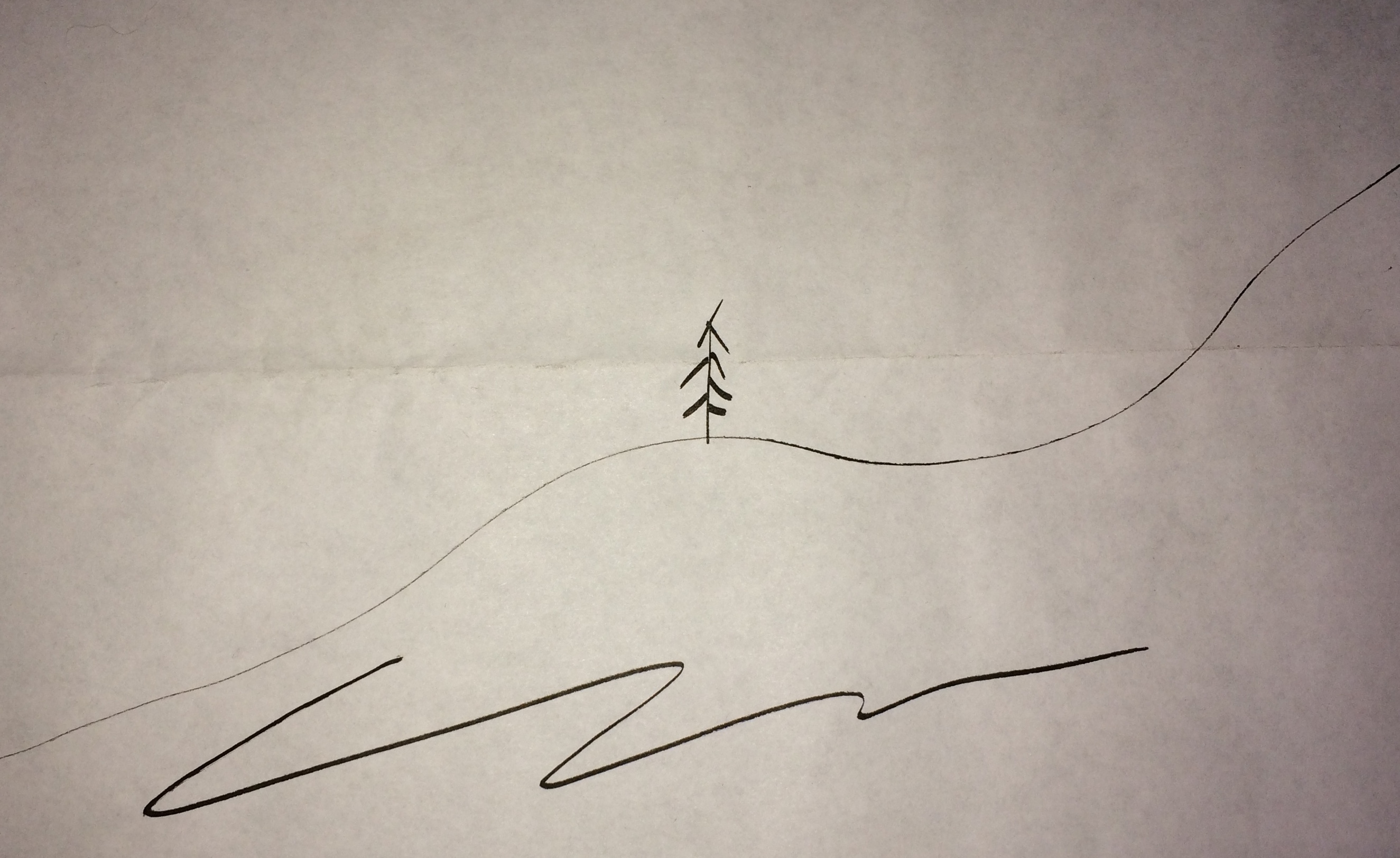 someone yanks off the covers

through the open window

into the cold deep snow

bleeding from the holes in my body

Over and over again

Until I find good work to do

As elderhood rolls toward me like an oncoming train, I have good work to do.

Grandchildren have blessed me, my paycheck job is fun and easy, I am building a holistic healing cooperative, and I am studying decolonization – of myself and the world around me.

I am very thankful to the people of the Maine Wabanaki-State Child Welfare Truth and Reconciliation Commission and Maine Wabanaki REACH, for giving me the chance to do that studying.

It's been a long and often strange, often agonizing, ultimately wonderful trip.

The first decade of this century, wherein

I learned how to fly through the air, land softly and roll to my feet, then learned hands-on healing for myself and others, endured the loss of five loved ones in as many months including an old friend from prep school who fell from the sky when the North Tower collapsed on 9-11, opened up to a profound Earth connection, began exploring the history of indigenous peoples who always had that connection, experienced a sweat lodge, then experienced horror at the criminal travesty in Sedona when James Arthur Ray crammed sixty people into a so-called sweat lodge and killed three of them, read what Arvol Looking Horse had to say about it and realized that white people were stealing and profiting from Native spiritual traditions the same as we'd done with the land, continued to deepen and teach my healing practice, recovered memories of early trauma and left the corporate world for a deeper more financially humble healing odyssey complete with flashbacks and panic attacks, earned an EMT license and adventured on an ambulance partly as a way of rescuing myself, and became more and more convinced that European society had taken a horribly wrong turn somewhere back in time that caused us to commit global genocide in order to advance an inhuman and inhumane way of living,

On Youtube I saw Keith Carradine explaining the revolutionary-for-its-time workings of the Hotchkiss Mountain Gun, a breech-loading rifled light cannon operated by three soldiers with a firing rate of four or five 1.65-inch shells a minute, deadly accurate up to a mile away. Then, the words “Wounded Knee” came up, and Carradine explained how four Hotchkiss guns so efficiently killed hundreds of Lakota men, women and children more than a century ago.

Piercing guilt consumed me. A member of my family had done bloody wrong to a whole nation. My siblings and I had grown up being told of “great-great-uncle Benjamin” whose company made machine guns and limousines for the French government. His widow had used his arms fortune to found the Hotchkiss School in Connecticut. When I was applying to prep schools, I had seen his portrait there; it strongly resembled my grandfather. I felt I had inherited a blood debt. It demanded to be honored.

When faced with a crisis, I first learn as much as I can about its history and dynamics. So I started to read, everything I could get my hands on about the Wounded Knee Massacre and the use of my great-great uncle's weapon – online, in books, and in correspondence with libraries, genealogists and military archives.

Here are a few of the things I learned:

- There are many accounts of this massacre and the events leading up to it. They are all gut-wrenching. If you decide to read any of them, provide for your emotional self-care.

- Although the Army and the press for years called it a battle, Wounded Knee was clearly a massacre. Most of the soldiers who died were killed by friendly fire. The soldiers rolled the Hotchkiss guns to the mouths of ravines where Lakota were seeking shelter and fired indiscriminately. The soldiers' shooting went on for hours. There is ample other evidence of the murderous intent of the soldiers and their officers.

- The chief leading this band, named Spotted Elk, nicknamed Bigfoot, had a reputation for peacemaking among his people. He was very ill with pneumonia and lying on the ground when he was shot. His daughter was killed in front of him. He had tried so hard to bring his people to safety.

- Twenty Congressional Medals of Honor were awarded to soldiers for the massacre. These medals have yet to be rescinded.

- There were political influences in play, having to do with presidential reelection, converting territories to states to compete for the Electoral College and Congressional representation, and extreme pressure to solve “the Indian problem” once and for all. The settlers were very nervous about a religious revival among the Plains Indians (look up the Ghost Dance).

- Benjamin Hotchkiss was not, in fact, my great-great-uncle, instead was a very distant cousin on a different branch of the family tree going back to the 1630's. This was a surprise but not much of a relief. My family name was still known as “Hotchkill” among survivors who told their stories after the massacre.

- The Army first used the Hotchkiss Mountain Gun against the Nez Perce, to break a stalemate at the battle of Bears Paw Mountain in 1877, thirteen years before Wounded Knee. Its first shell buried a mother and her daughter under a collapsing bank of soil. [Correction: I have recently discovered from online sources that this is not correct - the Army used a Napoleon Gun in that battle. They had a Hotchkiss on hand, but the Hotchkiss was not capable of firing the air burst that collapsed the soil bank. I originally obtained the incorrect information from Kent Nerburn’s The Flight of the Nez Perce. In correspondence with me, Nerburn has acknowledged the error and said he would correct any future editions of his book.  - Jeffrey Hotchkiss, 4/20/2022.]

- Dr. Maria Yellow Horse Braveheart, Hunkpapa Lakota, descendant of a Wounded Knee survivor, developed the theory of historical trauma, later called intergenerational trauma, and documented its effects. I viewed many of her lectures on Youtube, and found them very enlightening and helpful. It was very clear from her work that today's descendants carry strong echoes of the trauma inflicted on their ancestors.

No matter how distressed or agonized I felt about the moral effect of this great crime rolling down to my generation, that was as nothing next to the effect on the victims and survivors. Here was the demonstration of white privilege, in stark relief. Whole family lines among the Minneconjou and Hunkpapa Lakota were cut short. Hotchkisses survived and thrived, expanding our family tree in all directions, with a gun, a school, and a limousine named after us. There is no “fixing” that, no “white messiah” possible, although that did not prevent me from daydreaming about healing it all – everyone's pain - with the wave of a fantasized wealthy hand.

Although I made a couple or three attempts to connect with Lakota people who were leading the way to healing, in the spirit of being helpful if I could – no, let me be honest, it was in a desperate attempt to expiate my painful white guilt – after a couple of years of learning and praying and dreaming, I understood that I had a lot of my own contemplation and work to do, and so it would be enough if I were to simply hold this awareness within me for the remainder of my life. If the survivors and their descendants had to live with it, then so did I.

Contemplation kept circling back to this: it's all about the children. I read and learned about many ways the children died that day, and about some who miraculously survived. Courageous warriors rode unarmed, to and from the killing ground, taking as many children to safety as they could, until they themselves fell to the soldier's guns. Four infants were found alive the day after, protected from the bitter cold by the bodies of their mothers. At least one was adopted into a white officer's family.

I saw that children and innocents had been killed, not as an accident, but as a matter of policy fueled by white settlers' fear, white politicians' calculations and my European ancestors' insatiable hunger for conquering peoples with darker skins and different religions.

I entered this current decade in a moral and spiritual emergency. My family connection to Wounded Knee wasn't the only revelation that threw me off balance, but it led the way. If I were to honor the greatest values and principles of common human decency that I used to think all of us “Americans” grew up with, I needed to find ground to stand on.

…Please return for Part 2 of this blog, “I Have Good Work to Do”