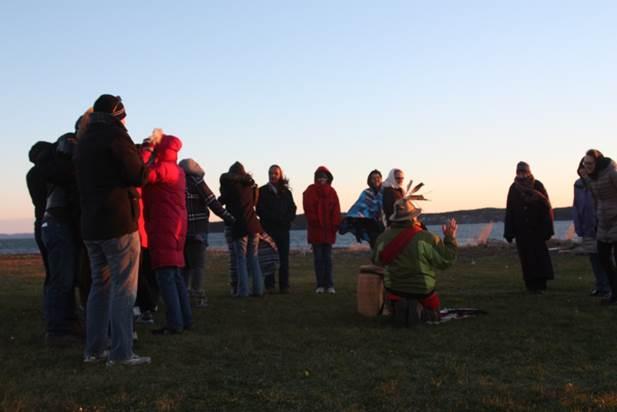 In 1999, a pilot of the Child and Family Services Review (CFSR) found that Maine was not in compliance with the Indian Child Welfare Act (ICWA), a federal law that protects Indian children in the state child welfare system. In response, the Maine Office of Child and Family Services (OCFS) and tribal child welfare staff came together to form the ICWA Workgroup. From the outset, the workgroup contended with an awkward working relationship, as tribal members doubted the state’s commitment to the ICWA and OCFS representatives grappled with how to prioritize ICWA to make the changes that were needed.

Despite this mistrust between the tribes and the state, the workgroup developed an effective working relationship and achieved tangible results, including a mandatory, one-day ICWA training for state workers; a video featuring interviews with Wabanaki people who had spent part or all of their childhood in Maine’s foster care system prior to the ICWA; a case review protocol; a new Indian Child Welfare Policy for the state agency; and Wabanaki people delivering the training on the ICWA in caseworker pre-service.

And yet, tribal caseworkers continued to report barriers to best child welfare practice in ICWA cases and relationships of mutual respect. The ICWA Workgroup determined that to create lasting change, the truth of Wabanaki people’s experiences with state child welfare needed to be unearthed and acknowledged, and a process of healing needed to be created. This process would lead to the development of a new kind of relationship that could uphold the spirit, letter, and intent of the ICWA.

In 2008, when the members of the ICWA Workgroup decided to establish the Maine Wabanaki-State Child Welfare Truth and Reconciliation Commission, they became known as Maine-Wabanaki REACH: Reconciliation, Engagement, Advocacy, Change, and Healing.

The Commission issued recommendations for parties to implement as a way of undoing old harms and taking responsibility to implement best child welfare practice with Native people. Their report, along with other articles and resources about this process, can be found here.

Wabanaki REACH provided guidance to the Commission; we educated Maine and Wabanaki people about the process, gained the support of Tribal and State leaders, prepared and supported people through the truth telling process, and accept the responsibility of ensuring the implementation of the Commission’s recommendations.

After many years of operating with an outside fiscal sponsor, we incorporated on April 1, 2018, assembled a Board of Directors and became an official non-profit 501(c)(3) soon after. We changed the R in REACH from Reconciliation to Restoration to more accurately reflect our continued work toward truth, healing, and change.

"Healing is not a spectator sport"

Maria Girouard, Penobscot historian and Executive Director of Wabanaki REACH, speaks about the painful history of settler genocide against Wabanaki people during a 2014 event titled: Genocide and ME: Shining the Light of Truth. In this compelling talk, Maria shares the Eighth Fire Prophecy and her hope for the future.

Dragonflies have special meaning to the indigenous people of each continent they inhabit. They represent swiftness and activity; change and transformation; joy and happiness; adaptability; and an invitation to dive deeper into feeling and understanding. They are symbols of courage, maturity, and depth of character.

The original symbol was created in 2015 by volunteer Arla Patch. Each one of the wings on the REACH dragonfly is decorated with a double curve design that is specific to each of the four Wabanaki tribes; the Passamaquoddy, Penobscot, Maliseet and Micmac. The body is made of blueberries, an indigenous fruit that has sustained Wabanaki and Maine citizens nutritionally and economically for generations.

In 2021, we launched our new brand, reclaiming the Truth, Healing, Change tagline and adopted a simplified version of the symbol using variant shades of purple and high contrast white lines that make the dragonfly easily recognizable.