In January, Starr Kelly, Curator of Education at the Abbe Museum, led a workshop for the social studies vertical team (a group comprised of Portland teachers, parents, and students) and partner organizations titled Can We Decolonize Educational Spaces?: A Critical Look at Settler Colonialism and Empire Building. Starr asked pointed questions about power in order to reframe dominant understandings of colonization, empire building, and practices of teaching history. By using inquiry to center the dignity of Native peoples she unseated the presumed superiority of empire so common in dominant culture.

Afterward, I kept thinking about Thoreau’s The Maine Woods, which I read five or so years ago after James Francis, Director of the Office of Cultural and Historic Preservation at the Penobscot Nation, mentioned his extensive study of that text and its connection with his community.

In The Maine Woods, Thoreau writes about his excursions into Maine in the mid-1800’s. He describes at length the vast expanse of wilderness before him, reveling in its beauty, ferocity, and remoteness. He describes what he is looking at as an uninhabited, unknown, unexplored, unpeopled landscape. And while he reveres the woods, lakes, and rivers he travels through—comparing the canopy of trees to the columns and vaulted ceilings of great cathedrals—he disparages the Indigenous people who live there, including the very Penobscot guides on whom his survival is entirely dependent.

What Thoreau unwittingly reinforces throughout The Maine Woods is the fundamental violence of colonialism: the belief that civilization is identifiable only through environmental domination and empire building, that land and people exist separately, that one can know a place, love a place, and call it home while demeaning, belittling, minimizing, ignoring, erasing, attempting to replace, and forgetting those who have stewarded it since time immemorial.

Nigerian writer Chimamanda Adichie calls this the danger of a single story. For most white people, the single story is all we know. So we, like Thoreau, assume we understand the place where we live, assume we know what there is to know about it, and assume that we know best.

One of the many objectives of the 2001 law requiring Wabanaki Studies to be taught in all of Maine schools is to push back against place-ignorance. The law was written to ensure that no one can live here without knowing they live in the Dawnland, without acknowledging the Penobscot, Maliseet, Mi'kmaq, and Passamaquoddy nations; that students cannot learn about the imposed political boundaries that shape what we now call Maine without also learning about the continuous presence, governance, stewardship, adaptability, endurance, and resistance of Indigenous peoples here. In short, no one can live here and learn just a single story.

Decolonization work begins, I think, with the kind of inquiry Starr Kelly led, the kind that requires questioning the assumptions underlying Thoreau's ideas about what makes a civilization. Starr's style of questioning asks her listeners to consider, what if the measure of a civilization were not the size of its monuments or the power of its hierarchies, but its sustainability? What if the measure of a civilization were its stewardship of natural resources? Its long-term survival? Its treatment of women, children, animals, and people with non-binary identities? Its protection of water? Its ability to successfully govern and share power without widespread surveillance or mass incarceration?

It is my belief that in order for students to truly comprehend the significance of the natural resource management and political diplomacy practices developed by the nations of the Wabanaki Confederacy and their ancestors for over twelve thousand years, educational institutions need to radically rethink how they teach the concept of civilization. They need not just to allow, but to require, that students and teachers question dominant conceptions of history, culture, empire, and progress. They must not just work around, avoid, and minimize, but must actively stop perpetuating the myth that there is just one single story. And, to do that, educational institutions must, as Starr Kelly did, center the dignity and cultural continuity of Indigenous peoples.

Portland Public Schools' fledgling efforts to fulfill, and hopefully exceed, the requirements of the 2001 law have received a lot of attention in the past two years. I am thankful for that because it helps to light a fire under other districts and the state to do the same. But our work has barely begun and it is twenty years late, so, in my opinion, that's hardly applause-worthy. Decolonizing education - if it's even possible to do - is a long, long road. We're still on the on-ramp inching our way forward. And as with any long journey, I've learned not to bother asking how long it will take because I already know the answer: long enough to forget what it feels like to think I know where I am going. 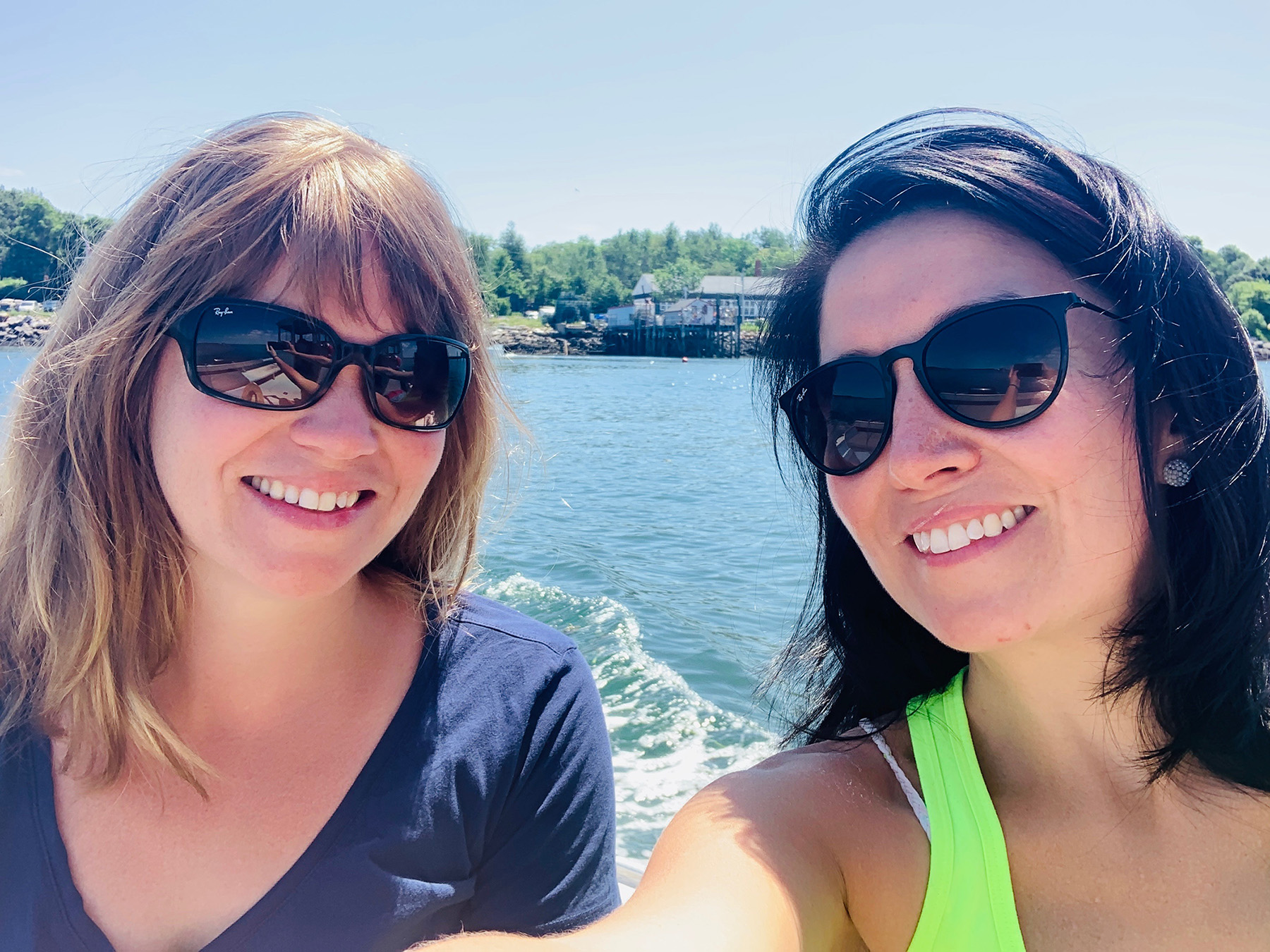 Fiona Hopper (L) with dear friend Bridgid Neptune (R). Two and a half years ago, Bridgid and Fiona began working together to push Wabanaki Studies in Portland schools. Bridgid is a citizen of the Passamaquoddy Nation, a nurse practitioner in emergency medicine, and the mother of two children in the Portland Public Schools.  Bridgid continues to work closely with Fiona and other members of the academic team on Portland's Wabanaki Studies initiative. Look for Bridgid's upcoming blog post about her experience with Portland Public Schools later this summer.