The Art of Rematriation

When it comes to the land, food, and medicine, what does it mean to be an expert? Colonial culture, in its nastiest, know-it-all ways and well-grooved system of exclusion, points to those with degrees, power, titles, and a very narrow definition of knowledge. 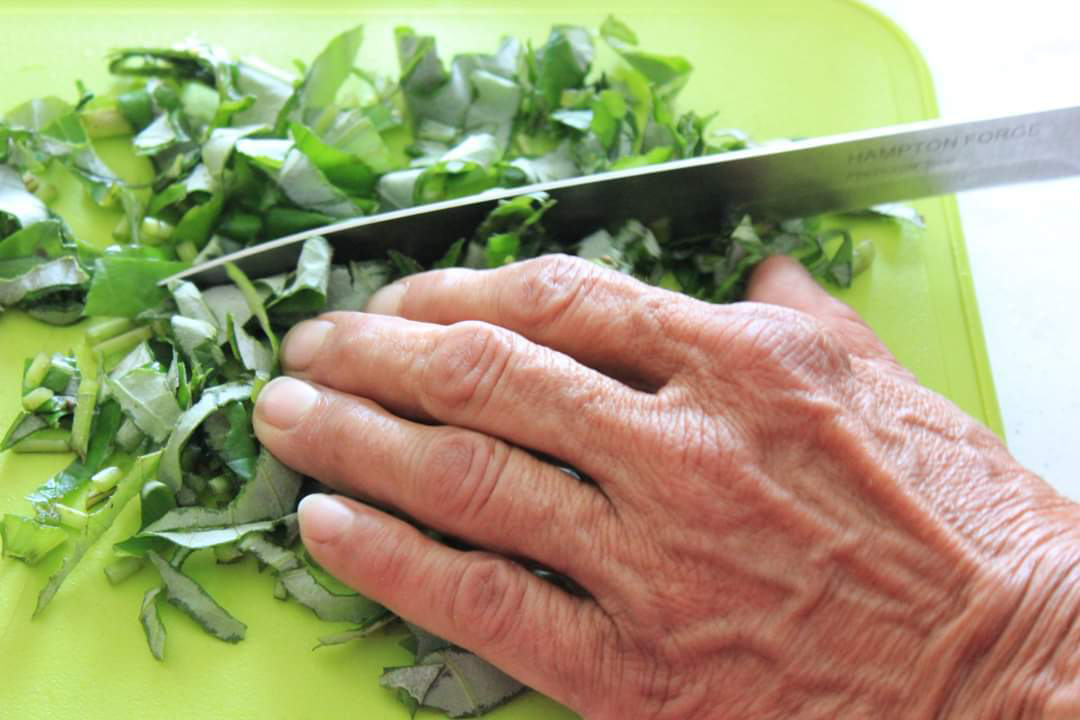 Led entirely by indigenous womxn and two-spirits, the Eastern Woodlands Rematriation Collective (EWR), however, is boldly reclaiming the right to food and relationship to the earth for Indigenous peoples by focusing on land rematriation, with an emphasis on restoring indigenous spiritual foundations and relationships with Indigenous food systems.

Alivia Moore (she/they), of the Penobscot Nation, is a two-spirit community organizer and a member of the Wabanaki REACH Board of Directors. She is also a co-founder of EWR.

“We intentionally decentralized power to raise up folks as experts within their respective communities,” Moore said during a recent virtual talk and presentation given through the Blue Hill Library. “Our collective decision-making, community organizing, and collective cultivation practices align with matriarchal principles of earth-centered stewardship.” 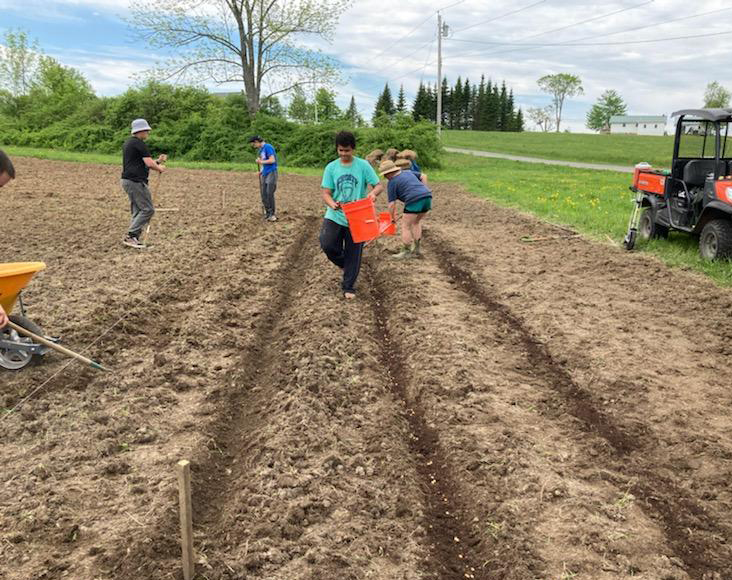 Farming has long been a tool of colonization, Moore points out. For Indigenous people in the northeast, cultivated agriculture was historically a very small part of food systems, yet the U.S. government tried to force everyone to be a farmer. This practice of disallowing collective land holding sought to fragment native families and communities.

While careful to point out that she does not speak for all Penobscot people, Moore points to the foundational element of the earth when talking about the history behind EWR’s present work. “Our social structure was rooted in the earth, our spiritual and political life had a balanced relationship with the cosmos prior to colonization. And our political structures were organized through a system of matriarchy,” she said. “Colonization was really intentional about targeting our political structures, which were matriarchal. Targeting our healers, our leaders, our knowledge keepers. Patterns of attacking our two spirit and our female community members continues to this day, right? We see our food systems as a pathway to becoming rooted in the earth again. It's an avenue for transforming society.”

EWR is initiating and sustaining existing community-led food and medicine projects across the northeast. The group practices collective leadership, and holds intensive teachings about food and land access that are grounded in ceremony and rematriation values.

The Wabanaki Community Herbal Apothecary, one of EWR’s primary projects in northern New England, aims to foster exchange, dialogue, and sharing of knowledge of Indigenous health practices with the long-term goal of restoring a network of trained traditional birth and death practitioners to serve local communities. By training and convening healers in communities, Moore and the other EWR members are reclaiming and transmitting ancestral knowledge, while making non-pharmaceutical health more accessible. 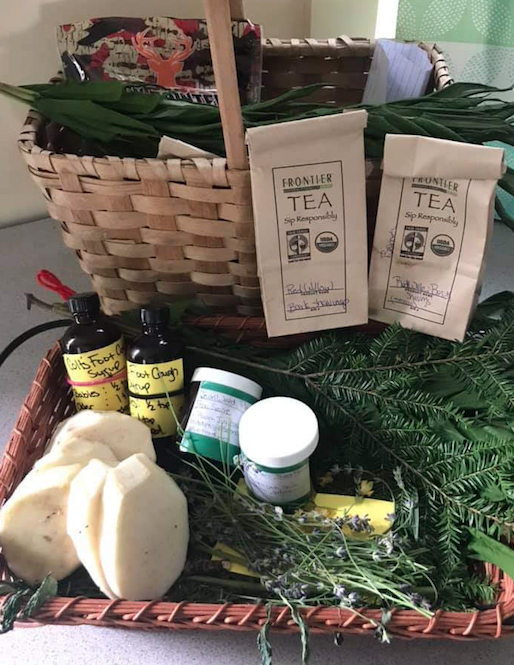 In December, EWR announced that it is formally developing a Rematriation School, mobilizing what they hope will be a path towards transformation during the disruptive era we are currently in.

Since EWR’s founding, such a school was a central strategy for the collective. Covid-19 has accelerated that timeline and highlighted the need for a school to an even greater degree, as children have been forced to learn at home via virtual school models, and the flaws in a public education system with deep roots in colonialism have been more fully exposed.

In short, now is the time for something new, which is of course a return to something very old: learning in collaboration as a community, in connection with broader Indigenous kinship systems and with the earth.

The Rematriation School will gear collective activities, language, and its pace around the needs of its children, acknowledging that the work of rematriating is intergenerational and multigenerational.

“At present, often our children are with us as we restore our Indigenous food and healing ways, practice collective cultivation, relearn traditional land management strategies, wild harvest, make medicines, preserve food, butcher, smoke fish and meat, and more,” EWR said in a recent announcement about the school. “In reality, because of limitations of our stretched capacity, time, and the push to meet the needs of our communities, it is difficult to go at the pace that our children need in order to fully engage them in the learning and responsibilities.”

The school will be offered without monetary cost and will ask for reciprocity and investment from each participating family. The Elmina B. Sewall Foundation has come forward as the first donor of funds to pilot the Wabanaki Rematriation School.

More information on EWR and its programs can be found at https://www.facebook.com/EWRematriation/

Direct donations to support its programs can be made at https://whyhunger.org/ewrematriation

A long-time REACH volunteer, Gregory Brown grew up in Belfast and now lives in Casco with his family. His debut novel, The Lowering Days, will be published in March by HarperCollins. He can be found online at www.gregory-brown.com.