Taking Action During Covid-19: An Essay on Indigenous Pride and Anger

It’s winter, and at the beginning of the bridge to the Penobscot Nation, bolted to a cold streetlamp, is a red sign that reads: “CHECK POINT AHEAD: BE PREPARED TO STOP.” Put up to protect the community from COVID-19, I can’t say for certain how long it’s been there. At least since last summer. But what I can say is that the first time I saw this sign, and another one, red too, expressing that anyone not authorized to be on the reservation would be asked to leave or be removed by Tribal police, I was deeply moved. I was proud, but then, as time passed, I felt a sense of anger as well.

Why? Why should such a small expression of our sovereignty make me feel both so proud and angry?

It wasn’t until 1980—41 years ago—that the federal government finally acknowledged my people as a people possessing an inherent sovereignty that predates the formation of the United States, which came in the form of the Maine Indian Claims Settlement Act (multiple land deals in the early 1800s were found to have been made against the written expression of The Congress and The Nonintercourse Act of 1790). Until 1980, my people and ancestors were not afforded the rights of other federally recognized tribes, and we were only considered “Indian” in the eyes of the State. Or, rather, we were considered stupid or foolish Indians, as one judge stated in 1842: “imbecility on their [the Indians’] part, and the dictates of humanity on ours, have necessarily prescribed to them their subjection to our paternal control; in disregard of some, at least, of abstract principles of the rights of man.”

If there is an answer to my question, if there is a way to articulate why I feel proud, perhaps it has to do with a long and unfriendly timeline of colonial engagement with my people and my people’s ultimate resilience and hard work to create a future as a Native Nation, one that is actively reclaiming what was stolen from us.

But like I said: I also feel anger alongside that pride. To be proud as an Indigenous person, I think, it is only natural to also be angered. As I tell my students in one Native Studies course I teach, while we can talk broadly about all tribes, we really must look at the specifics of each tribe to really “know” them, to understand that their social, cultural, and economic predicaments—good, bad, and the messy in-between of the two—are the product of a unique relationship with colonial powers. So while a broader Indigenous anger exists—seen often, such as when various tribes went and protested the Dakota Access Pipeline—there is also a tribally specific anger, one that is a byproduct of a specific colonial system’s treatment of that tribe, a treatment that sought and still seeks to diminish and contain tribal sovereignty.

“imbecility on their [the Indians’] part, and the dictates of humanity on ours, have necessarily prescribed to them their subjection to our paternal control.”

What a line! This attitude of subjugation and paternal control is one the State still prescribes to, made legal by the language in the 1980 Act: “the Penobscot Nation, within their respective Indian territories, shall have, exercise and enjoy all the rights, privileges, powers and immunities, including, but without limitation, the power to enact ordinances and collect taxes, and shall be subject to all the duties, obligations, liabilities and limitations of a municipality of and subject to the laws of the State, provided, however, that internal tribal matters…shall not be subject to regulation by the State.”

The ability to enforce what those red signs declare comes from our inherent sovereignty, a power that has existed way before a single ship touched these lands. Given this nation’s atrocious history when it comes to the treatment of Native people, how can I, or any other Penobscot person, not be proud of that simple red sign?

But, again, as I said: there is anger too. While the Act of 1980 restored—perhaps a better phrase is partially restored—our inherent right to govern ourselves, so too did the Act harm us. “The provisions of any Federal law enacted after October 10, 1980,” the Act reads, “for the benefit of Indians…which would affect or preempt the application of the laws of the State of Maine, including application of the laws of the State to lands owned by or held in trust for Indians…shall not apply within the State of Maine, unless such provision of such subsequently enacted Federal law is specifically made applicable within the State of Maine.”

In the same way mascots or other stereotypical images of Native peoples freeze us in time, so too does this provision in the Act, which many “Wabanaki leaders contend…was added in the 11th hour, without thorough discussion from the signatories.” Sounds like something a colonizer two hundred years ago would have done when finalizing a treaty.

Soon winter will be over. Then spring will come. Summer. Fall. Winter again. As a country, we will have a handle on Covid, maybe not as soon as we'd like but in the near future, and it will be something we handled and are handling, something of the recent past, and then those red signs on the cold streetlamps on the bridge to the Penobscot Nation will be brought down. But even after those signs are gone, what will remain, for me and I imagine for many others, are the feelings of pride and anger. The question then, at least for me, is this:  when will only pride remain?

Morgan Talty is a citizen of the Penobscot 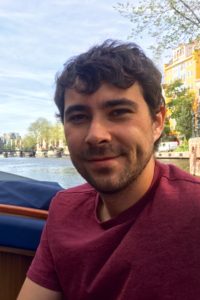 Indian Nation where he grew up. He received his BA in Native American Studies from Dartmouth College and his MFA in fiction from Stonecoast’s low-residency program. Named one of Narrative’s “30 Below 30,” his story collection Night Of The Living Rez is forthcoming from Tin House Books (2022).

His work has appeared in The Georgia Review, Shenandoah, TriQuarterly, Narrative Magazine, LitHub, and elsewhere. A current Lit Event Fellow for Maine Writers & Publishers Alliance as well as a recent recipient of a grant from the Elizabeth George Foundation, Talty is a writing consultant and a college instructor who teaches courses in both English and Native American Studies. He lives in Levant, Maine.