Decolonizing While in Colonial Systems: Serving as Tribal Ambassador to the Governments that have Historically and Perpetually Oppressed our Nations 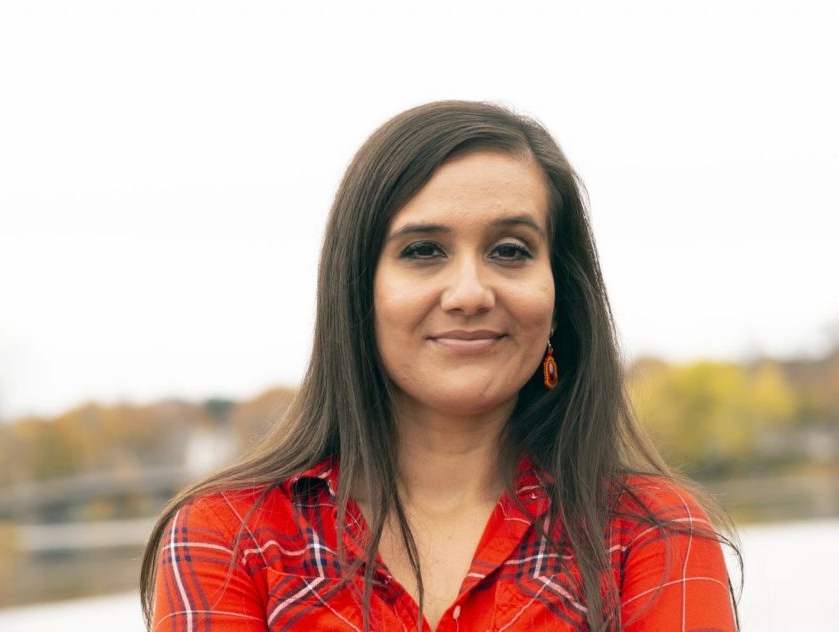 Decolonizing While in Colonial Systems: Serving as Tribal Ambassador to the Governments that have Historically and Perpetually Oppressed our Nations

In 2015 the Penobscot Nation and Passamaquoddy Tribe voted to remove their Representatives to the Maine State Legislature. The Representatives held seats in the House (lower) chamber, could sponsor legislation, give floor speeches, could serve on and vote in committees, but had no final vote on proposed legislation. Our tribes had experienced such a breakdown in communication, trust, respect, and useful discourse in the relationship with Maine that we asked Penobscot Nation Representative Wayne Theodore Mitchell and Passamaquoddy Representative Matthew Dana to leave the House chamber based on the wishes of the people in our respective nations. There were tribal leaders and citizens, drummers, lawmakers, allies, media, and a large crowd to welcome them outside. It felt more like a celebration of standing up for ourselves than a somber breakdown in relations with the state. It felt good.

Two years later the Penobscot Nation Chief Kirk Francis appointed me as the first Tribal Ambassador. The ambassador position was created to fill a void in representation that was left by leaving state government. I was tasked to serve as a diplomat and liaison in representing the tribe to local, state, and federal governments. The role was an essentially a blank slate and the enormous honor of being chosen was constantly on my mind and heart as well as the large amount of pressure to shape this role and decide how to prioritize the many moving parts that this work would entail. I knew I had to balance walking the talk of sovereignty while working within the systems that have been undermining our self-determination since their inception. There are many fine lines to walk in life, I often found myself on the thinnest of tight ropes.

The beginning of my work was marked with a new campaign for Governor of the state. We hosted a forum for candidates and pressed them on questions about tribal history, modern day needs and issues, and the 1980 Maine Indian Land Claims Settlement Act (MICSA). The theme of the night was “things are bad, how will you work with us to make them better?” Attorney General Janet Mills was present. As AG she had a bad track record on tribal issues and argued against the Penobscot Nation’s right to claim the Penobscot River as part of our reservation territory as well as our advocacy to seek expanded tribal jurisdiction under the federal Violence Against Women Act (VAWA).

In November of that year Janet Mills became the Governor of the State of Maine. Her team was seeking to have a Wabanaki presence at the inauguration and knowing it was a risky choice, I accepted an invitation to speak. I saw this a chance to show the state and everyone watching that the Penobscot Nation was in the room that night. My speech expressed respect for the position of Governor and the ceremonial nature of the inauguration but I was also clear about the things the tribe would never back down from, one of them being the rights to a clean and safe homeland and that includes our river.

The two legislative sessions that followed have been a mixture of ups and downs. The Passamaquoddy Tribe elected a new Representative, Rena Newell of Sipayik. In the 129th legislature we passed two bills sponsored by Representative Ben Collings of Portland. We banned Indian mascots in Maine public schools and we changed Columbus Day to Indigenous Peoples Day for the state. We set the table for larger and more in-depth work yet to come. Any time you can fight dehumanization and racism in any form you are leveling the playing field that much more.  We also fought a hard battle to expand VAWA to the tribes in Maine and were successful.

The elephant in the room was always MICSA. A task force was created to study the MICSA and state implementing act and recommend changes to the legislature. The task force produced a large report detailing 22 consensus recommendations. These took the form of LD 2094 and later LD 1626 in the 130th legislature sponsored by Assistant Majority Leader Rachel Talbot Ross. In the time between the 129th and 130th legislatures we formed a united tribal nonprofit called the Wabanaki Alliance. This group was able to amass a large coalition that propelled LD 1626 and surrounding issues into the forefront of legislative priorities. We created a large movement together under the guidance of tribal chiefs and leaders and any time the work felt heavy or oppressive this coalition was there to support us as we worked hard to pass LD 1626.

The ending result is that LD 1626 did not get signed into law. Governor Mills worked with the legislature to avoid a public veto that would harm her politically in her reelection year. The bill passed with overwhelming support in the House and Senate before it was tabled and killed. The Governor did sign two bills into law that will benefit the tribes. LD 585 which includes taxation benefits, collaboration with the state, and extension of some gaming rights. The most significant victory this year was the singing of LD 906 into law. This was sponsored by Representative Newell and sets up a process to get clean drinking water for the Passamaquoddy people in Sipayik who have not had adequately safe water for generations. This law will go far to fix a heinous human rights violation.

These institutions have been growing on our backs for hundreds of years. So many Mainers have benefitted from the theft of land, resources, and even children from our people whether they know it or not. This makes for layers of feelings and visceral reactions when working in government and policy making. Nobody can ignore their history but we can all be honest about it and grow from it. Wabanaki have survived one of the largest genocidal attempts in the history of mankind and we are still here to reconcile the trauma and try to heal as we walk forward. For me, part of this healing work is trying to create good policy so that we make change from a high level. The incremental nature of this can feel like it’s not working or not worth it. However, there is just enough progress to have hope and as long as I have the energy and spirit for this work, I will always find it worthwhile. Fixing such deep seeded injustice and inequity is a massive undertaking but there are so many dedicated people from the tribes and from all backgrounds rolling up their sleeves and forming strong bonds around the goal of doing what is right. As long as people can find their own power, no matter how small it may feel, there is room for hope.

Decolonization, for me, is breathing life into that power and finding ways to lift one another up. It doesn’t always look pretty but as long as our intentions are to improve things for the generation yet to come while honoring our ancestors, we will find enough strength in our collective bonds as Wabanaki to keep looking to the next new dawn.

Ambassador of the Penobscot Nation