Finding the exact intersection of past experience, known skills, personal blind spots, and the desire to evolve and grow can be a challenging thing to pinpoint in a life. 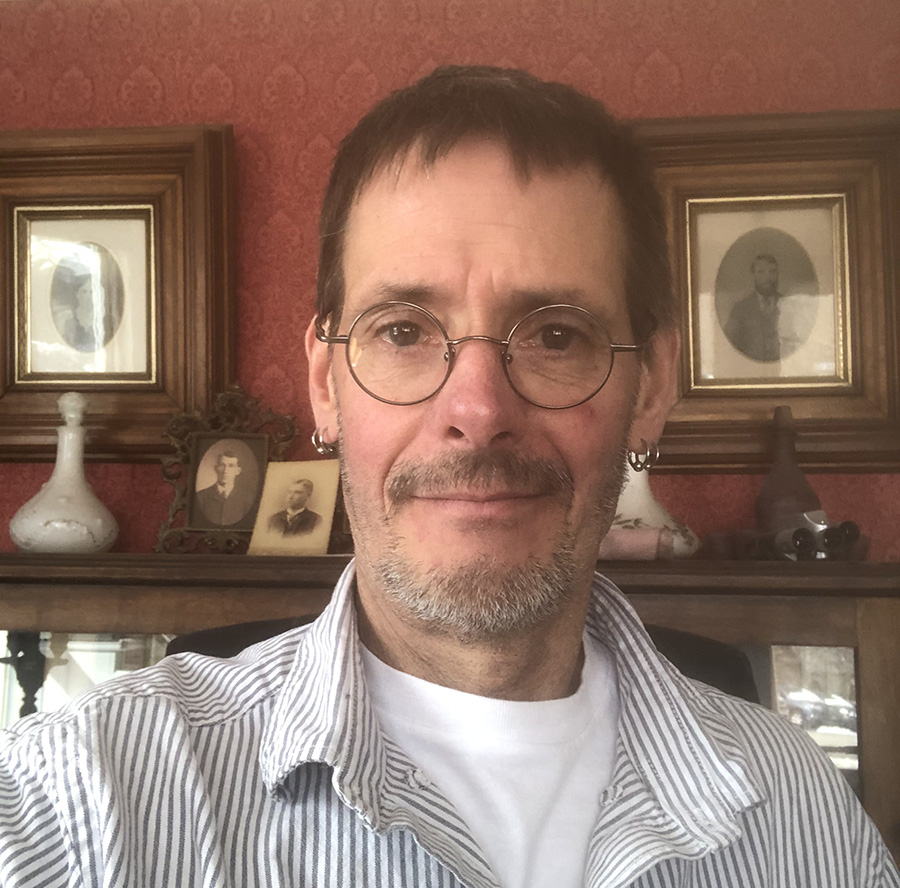 For Tom Reynolds that intersectional point may well be Wabanaki REACH, where he has for seven years been undergoing a fundamental personal re-education of what place and privilege mean, all while fostering a similar path to evolving awareness in others.

When Tom began his work with REACH, he didn’t know what to expect exactly. “Looking back upon it now, how fortunate was I to have the privilege to be called into this work?” he said recently during an interview.

Tom has spent much of his life inspiring and organizing others. For many years, that work focused mostly on navigating political realms. He’s a veteran of progressive democratic politics in the state. He was the chair of the Androscoggin County Democratic Committee for six years. He and his husband Ira (pictured below with their puppy Lily) worked on the marriage campaign in 2009. He has spent time on statewide political committees and has been active in campaigns and outreach efforts around state legislation on voting rights, civil rights, human rights, and access to health care. 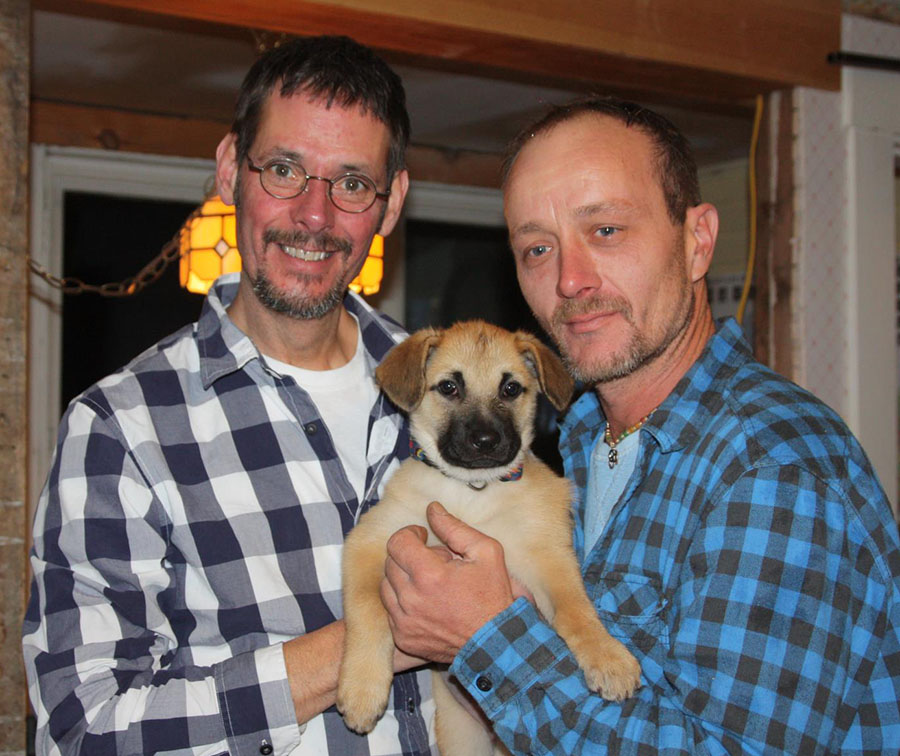 In 2014, after submitting his resume at the encouragement of a friend, Tom was one of several organizers brought into REACH to prepare and educate people for The Maine Wabanaki-State Child Welfare Truth and Reconciliation Commission, a landmark commission that was seated in 2013 and would spend more than two years investigating and documenting the true story of Maine’s child welfare practices as they related to Wabanaki people.

“The charge was to find out the truth,” said Tom, whose focus was on community organizing, engagement, and education in non-Native communities in southern Maine. “And that meant gathering and hearing testimony from as many people who were involved with the child welfare system as possible.”

What he unearthed along the way, tunneling beneath the issue at hand, was something deeper than the state’s history of abuse and wrongdoing around Native child welfare: a personal journey to an awareness he hadn’t, at the time, realized how fully he lacked. In short, Tom needed to unlearn his own biases and blind spots to do the work before him.

“Like a lot of non-native people, my understanding of Native people in Maine was very minimal compared to what it is now,” he said. “Native people in Maine were an obscure idea for me really. I’m from Bangor. Growing up I knew there was this place not too far away called Indian Island and that it was a reservation and that was about it. Fast forward several decades. In 2008 I was working in politics when the Native casino issue came up and I was against it. I distinctly remember making a comment to a friend, saying, ‘Well these Indians have millions of dollars. Why do they want this anyways?’ This friend had spent some time in tribal communities. He was the first person to plant the seed of education for me. Those are misnomers, he told me. In fact, tribal communities are at a serious disadvantage compared to other communities because of colonization.”

Tom has not sat on that education, choosing instead to spread it, seed it, and share it far beyond the work he does as a REACH staff member.

When he’s meeting with possible democratic candidates, or talking to democratic policy makers about potential bills, he does not shy away from hard conversations about the state’s history of colonization, and how a particular piece of legislation may be furthering that harmful history.

“I think it's nearly impossible for anybody to have this experience of learning our true history, our colonizing history, and not only change the way we interact with who we are in our worlds and communities, but in also in how we think about how we can support Native sovereignty and Native self-determination,” he said. “I’ve helped people get elected who are takinging a greater understand of their patterns of colonization with them to Augusta. I’m really proud of that.”

Tom’s personal journey, not coincidentally, mirrors the journey familiar to so many REACH participants, supporters, and volunteers who have walked through a similar awakening in workshops, seminars, and online educational programing events that have often been led or co-developed by Tom himself.

“REACH was very small at first,” he recalls “now we’re a 501c3, we’re growing up, but we’ve stayed so incredibly organic, and I’ve never seen anything like it. More often than not, every voice is included. Every perspective is honored. To be a part of it still, seven years later, is so special. Even more special is to see how many people have stayed with us and continued to be involved for so long.”

“If there’s anything that’s interesting in my personal story, it’s in how I’ve learned who I am and the roles I’ve played in the ongoing colonization and institutional racism,” he said. “To hold and provide a space to have these hard conversations about our history, to be a part of that self-discovery for others, is so beautiful.”

A long-time REACH volunteer, Gregory Brown grew up in Belfast and now lives in Casco with his family. He can be found online at: