"Taking on the Doctrine of Discovery: What are our next steps?"

Maine-Wabanaki REACH Board Member, Diane Oltarzewski describes this conference she attended in August 2018

Tipped off that this gathering would be a significant experience, I registered and got myself out to Liverpool NY this past August — not quite knowing what to expect but hoping to gain a better understanding of indigenous perspectives nationwide. 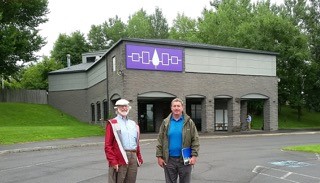 I arrived at the Skä Noñh - Great Law of Peace Center, on the eastern shore of Onondaga Lake, and found there a marvelous revelation of Haudenosaunee history, culture and experience.

Downstairs there is the bookstore, a current exhibit of the Red Dresses (signifying missing and murdered native women), and the seating area where the panel discussions would take place.

Upstairs were the permanent installations, including The Gathering of the Good Mind, Greetings to the Natural World, Native Food and Medicine, The Words that Come Before All Else (Thanksgiving Address), the Roots of Democracy, Women's Movement, an entire wall on Boarding Schools, with many interactive features to focus in on specific stories - all of it was presented so cleanly and directly, like an invigorating breath of fresh air! 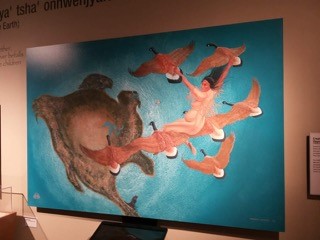 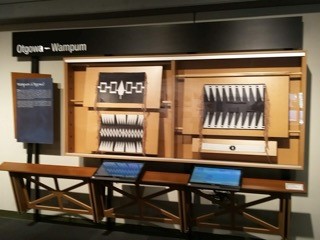 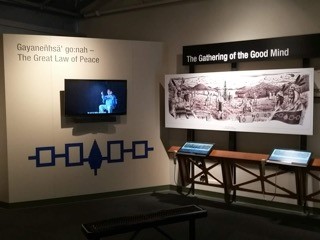 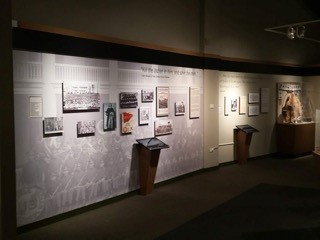 I learned about the Haudenosaunee Confederacy, the People of the Longhouse, now comprised of six tribes: Mohawk, Oneida, Seneca, Cayuga, Onondaga, and Tuscarora. The Great Tree of Peace is the white pine, symbol of unity among the nations. The Great Law of Peace and the Thanksgiving Address were both established at Onondaga Lake at least a thousand years ago when a Peacemaker in a white canoe arrived to resolve inter-tribal conflicts. The Onondaga Nation is one of only a handful of Indigenous Nations that still governs itself by its pre-Discovery form of clan government. 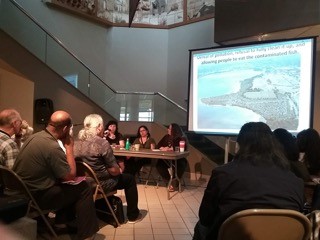 And then the panel discussions began! Everyone present was there to grapple with what action is needed to effect real change. I heard many wise voices new to me: Freida Jean Jacques (Onondaga) Turtle Clan Mother, speaking against racism and about the Good Mind. Steven Newcomb (Shawnee/Lenape), who has analyzed the cognitive and Biblical underpinnings of conquest and domination carried out in North America to subjugate originally free and independent Indigenous Nations. His book Pagans in the Promised Land: Decoding the Doctrine of Christian Discovery is eye-opening and a must-read. Tupac Enrique Acosta (Aztec), who asked "When did light divide into white and less-than-white?" Joe Heath (Onondaga) Legal Counsel, who documented examples of how the Doctrine of Christian Discovery has become encoded in U.S. law over the centuries, differentiating between Native "occupancy" (a lesser claim) and the "absolute title" conferred by so-called discovery. Jake Edwards (Onondaga) who said: "Colonizers are in deep trouble because they don't recognize their broken heart...we have to put our minds together if we want change to happen."

A water ceremony was held on the shore of the terminally polluted Lake Onondaga - I'd brought a little jar of water from the Passagassawakeag River to mingle with other waters from many sources, joining in a healing prayer.

I learned about the "way of land return" from John Stoesz, a Mennonite attending from Minnesota. On the theme of "RENT IS DUE" John has sparked a program by which non-Natives can opt to pay monthly back-rent, return proceeds of land sales, put land reparations in a will, deed land to an Indigenous community, or return what is paid in property taxes to a tribe. As a Minnesotan, his land return has been to the Dakota people who had been driven out of the area.

As a Mainer, I took John's idea as a direct challenge to begin paying a metaphorical "back-rent" where I live. Committing to an open-ended monthly contribution - even on a small scale - to support the work of Maine Wabanaki REACH feels like an appropriate action. It is easy to set up on the REACH website using Paypal (where you can choose Credit Card or Bank Account). I encourage you to take this step—and to be on the lookout for information about next year's DoD Conference!